A question of territorial nexus: Clifford Chance gets relief from high pitched assessment

The Bombay High Court in its recent decision in Clifford Chance1 has strongly defended the doctrine of territorial nexus as an implicit constraint on the Indian Government’s jurisdiction to tax non-resident income.

The assessee (taxpayer), a reputed UK based law firm, had provided legal services in connection with various power projects in India which were operated by a joint venture involving certain Indian and foreign companies. The fees receivable by the assessee was determined on a time spent basis i.e. after considering the time spent by each partner / associate of the firm who had worked on the matter and their respective chargeability rates. 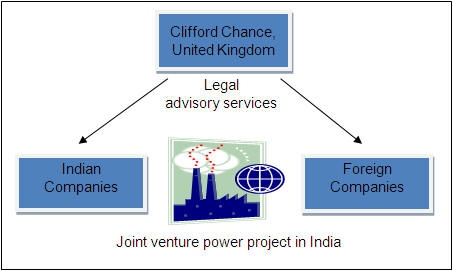 In the course of providing the professional services, the partners of the assessee firm had an aggregate presence in India in excess of 90 days. Therefore, in view of Article 15 of the India-UK Tax Treaty, the income earned from the rendering of independent personal services would be taxable in India only to the extent that it is attributable to such services rendered by the partners of the assessee firm while in India.

The department argued that under Section 9(1)(vii) of the Income Tax Act, 1961, the income received by the assessee was in the nature of fees for technical services and taxable in India since the services were utilized in India and is consequently deemed to have accrued in India. The essence of the department’s submission was that the place where the services were provided was irrelevant and hence the entire income received by the assessee from its Indian clients would be taxable in India.

The Bombay High Court was however, disinclined to accept such an unfettered construction of the taxability of income earned by non-residents. Reiterating the ratio of the Supreme Court of India in Ishikawajima-Harima Heavy Industries Ltd.2, the High Court asserted that unless there is sufficient nexus between the earning of income and the territory of India, there is no justification for subjecting such income to tax.

By highlighting the combined relevance of rendition and utilization of services in India, the High Court held that under the domestic tax provisions, both these conditions have to be satisfied before the assessee could be said to be taxable on its entire income. Since the services, though utilized in India, were not entirely rendered in India, the assessee was held to be taxable only to the extent of the income which is attributable to the legal services provided by the partners while in India.

By underscoring the importance of territorial nexus, the Bombay High Court held that an extended meaning cannot be given to the words, ‘income deemed to accrue or arise in India’ as found in the domestic tax provisions, and whatever is payable to a non-resident would not always come within the purview of the Indian tax net. In such cases it is the sufficiency of territorial nexus that would furnish the basis for imposition of tax in India.

The doctrine of territorial nexus is an integral part of the Indian tax framework. It has also emerged as a fundamental norm of international law and comity. In the context of international taxation, it restricts a state from unreasonably extending its taxing jurisdiction over those aspects of a cross-border transaction that do not have sufficient nexus with its territory.

However, it is interesting to see how a few weeks back, the same Bombay High Court in the infamous Vodafone3 decision observed that the Indian tax net may even extraterritorially extend to a transfer of shares of a foreign company between two non-residents. Strange indeed is the life of law!