Organisational mandates need to move beyond adhering to the law or meeting diversity targets. They need to go deeper, and work with the beneﬁts of an equal, gender-balanced workplace. 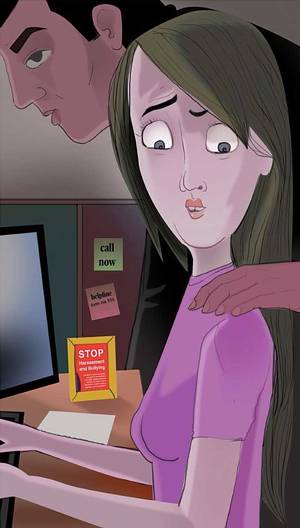 In India, we have a progressive law on sexual harassment of women at the workplace (see box). But laws alone cannot change behaviours which are the result of deep-rooted gender bias, of beliefs and attitudes in society itself. Sexual harassment, molestation, abuse or rape are only the most vicious manifestations of this bias. Discrimination and unequal treatment are rampant everywhere.

Gender discrimination, sexual abuse, misogyny and patriarchal chauvinism — and the tendency to look the other way when they occur — have existed for centuries, in every geography, industry and walk of life, debilitating individuals and corroding institutions. When incidents came to light, they were ignored, suppressed, managed or glossed over.

Recently, though, those who might have once resigned themselves to such indignities have found new channels to fight, changing and confounding the rules of the game. Social media, and movements such as #MeToo, The List, and Name and Shame, have brought matters to a head. The volume, pace and tenor of sordid revelations in the last few weeks shows how deep-rooted and common this toxic problem is. Privileged, powerful men who assumed they were untouchable have been felled, soiling the reputations of the institutions they inhabited and ruled.

PROBLEMS AT THE TOP

According to studies in the US, since the 1980s, women have held 50% of middle management positions in Fortune 500 companies, yet today, the percentage of women in senior management remains low. In 2010, only 15% of senior executives were women, an insignificant jump from 14% in 1996, and women CEOs continued to be less than 3%. In 2012, women CEOs were still below 10%.

Several problems hinder the rebalancing of this equation.

One, privilege blinds those who have it, and giving it up or sharing it is painful and counter-intuitive for all of us, even if we intellectually accept it. Two, habits take long to change: consider how long it has taken to move from smoking where one pleased to restricted zones outside offices. And three, diversity and inclusion is intensely difficult to understand, navigate and embed. Psychologists say diversity is one of the most inherently divisive, difficult things for any individual to accept. We gravitate to, are comfortable with, and understand, ‘people like us’. It takes effort, readjustment and getting out of one’s comfort zone to include someone ‘different’ in one’s inner circle. These tendencies naturally show up at the workplace too.

Perhaps the best incentive to change is one that even the most chauvinistic employers can appreciate: profit. Study and experience have both shown that inclusive, gender-balanced, diversity-intelligent organisations make better strategic decisions, attract and retain the best talent, innovate more, produce better and more market-savvy products and services, and achieve superlative financial results.

As senior management in a leading IT company, a few years ago, I went through a board- mandated workshop on gender intelligence called, ‘Men and women leading together’. Developed by diversity experts Barbara Annis & Associates, the workshop stunned our leadership bench with insights on the differences in the male and female brain and how they impacted workplace behaviour. The wiring of male and female brains often drive different strengths

For instance, women, being better consequential thinkers, weigh long-term outcomes and more choices before coming to a decision. It is easy to dismiss them as slower or confused decision-makers. Especially, because men are outcome-driven, think linear and tend to make faster decisions.

Again, men are usually more assertive and better at projecting their achievements than women. Women, on the other hand, are more intuitive and excel at people management and understanding the customer. Leveraging such differences of men and women through inclusive teamwork can produce superior outcomes.

Just as it is not sufficient to comply with legal requirements for mechanisms to tackle harassment, it is also not enough to achieve a ‘diversity quota’ or have a diversity and inclusion (D&I) strategy or an isolated D&I team chasing an agenda that the rest of the employees ignore. The real change in workplace behaviours will only happen with a holistic, multi-pronged series of high-impact affirmative moves and systemic working on the culture of the organisation. The crux is to move beyond rhetoric and lip service to authentic inclusive and gender-intelligent behaviour.

Bring diverse people into your organisation, then retain and celebrate them, and leverage the differences. Growth opportunities must be on merit and competence. The company must nurture understanding and appreciation for the unique context of every employee, man or woman.

Studies in India indicate that among the many diversity segments — including age, culture, disability, sexual orientation, business experience — gender receives over 50% of focus of organisations over other segments. So, gender inclusion is likely to promote other forms of diversity.

Inequities cannot be crushed without absolute will, and the commitment of company leadership.

Many leaders often fail to rein in high performers; they are more likely to be protected by leaders who need their talent. But it’s better to summarily eject a blue-eyed boy who messes with the code of conduct, regardless of the business risk. In a major multinational, where I headed Human Resources for India, the CEO of the company’s most successful international subsidiary was found to have conducted a sexual offence. The global board took an overnight decision to fire him, which sent out a powerful message.

In fact, many major organisations, have brought in D&I considerations into client or vendor selection. This is pushing more organisations in the ecosystem to pursue inclusion.

Setting tangible performance targets for diversity such as male-female ratios in teams or achieving a target percentage of women in management help set direction. They drive hiring or promotion of more women, but it is essential to make women successful and deserving.

Thriving with diversity and inclusion needs practice, patience and persistence. A sense of belonging is created and experienced only by celebrating the uniqueness of individuals.

Diversity must be everyone’s priority, and that can be fostered by creating collaborative structures. Human resources and managers of business units must work with D&I champions and teams such that every party has aligned goals or targets for diversity and inclusion. Isolated departments will not work if managers do not play their role of reinforcement.

The first step to prevent gender-linked misdemeanours is to help both men and women recognise and understand them. Unwelcome sexual moves are subjective in experience. By the law, their impact — how the recipient is affected, both personally and professionally — matters, and not the intent. A city-bred suave young professional may find sending a risqué joke or a lurid cartoon to a WhatsApp group a mundane act, but a conservative female might consider it ‘sexually coloured’ and ‘offensive’. Watching pornography openly, or even a poster of an alluringly-dressed woman at one’s desk, might be deemed harassment, if so felt. In a power matrix skewed against women in most cases, the area gets more potent.

Hence, the policy, structure and process within organisations to deal with sexual harassment needs communication. Apart from setting up and running a skilled Internal Complaints Committee (ICC), the framework for redress needs ample education. For example, the complainant can choose between formal and informal mechanisms for resolutions. Or, that Human Resources or managers must guide a complainant to the ICC only, and desist from intervening.

Creating a dynamic, well-branded ‘respect at work’ programme, is a good idea. All forms of harassment including bullying and discrimination may be weeded out through such initiatives. It takes the discourse beyond implementation of a law or compliance.

Living in diversity is tough. What one considers ‘fun’ or ‘normal’, may be objectionable to or discomfit another. So, the mental model has to shift from the self to how another may perceive an action. The law in India points to two forms of harassment: quid pro quo (this for that) or hostile work environment. It pretty much draws any ‘unwelcome’ physical, verbal or non-verbal conduct of sexual nature under the radar of harassment. Casual touching, loose remarks or ‘men will be men’ actions by a male colleague are prone to sexually hostile interpretations.

In short, organisation-wide change, driven by management at all levels, is essential.

Rewards and penalties for right and wrong actions are important.

Create safety mechanisms and deterrents to address exclusion. Processes must be overtly visible. Every employee must know who to go to, and all those involved in process implementation must be exhaustively trained and sensitised. Badly handled cases of discrimination and sexual misconduct (even frivolous ones) can be destructive.

Many gender offences occur, and get tolerated, due to socio-cultural conditioning and lack of awareness. Developing genuine gender-intelligence, and a grasp of why men and women think, work, expect and behave differently, will help both to work together with open, politically correct conversations, trust and respect.

Send women strong signals of intent. For example, self-defence workshops, safety initiatives, focus groups and counsellors, and mentors or coaches. Also, women may choose to recognise trivial or frivolous lapses, which a quick informal conversation can fix. A climate where men avoid women to play it safe is also not desirable; healthy workplace bonding has benefits, and only thrive in a climate of trust and dialogue. As long as the lines are understood and respected.

Male groups, especially managers, also need essential training to deal with female colleagues and build fair teams. It needs acknowledgment that men are making difficult transitions too. I have found high-performing male employees struggle with female colleagues over work and communication styles and orientation. Their ‘skin in the game’ cannot be about diversity targets alone; they too must see the benefits of an equal workplace where visible feminine contribution is a competitive advantage.

Nanda Majumdar leads Intellectual Capital & Professional Development at the international law firm Nishith Desai Associates. She is a seasoned Human Resources leader, having headed HR in multinationals such as SAP India, Manpower India and Universal Music India. The views in this article are her own.

Singapore Court of Appeal allows a non-party to enforce an award
May 19,2022